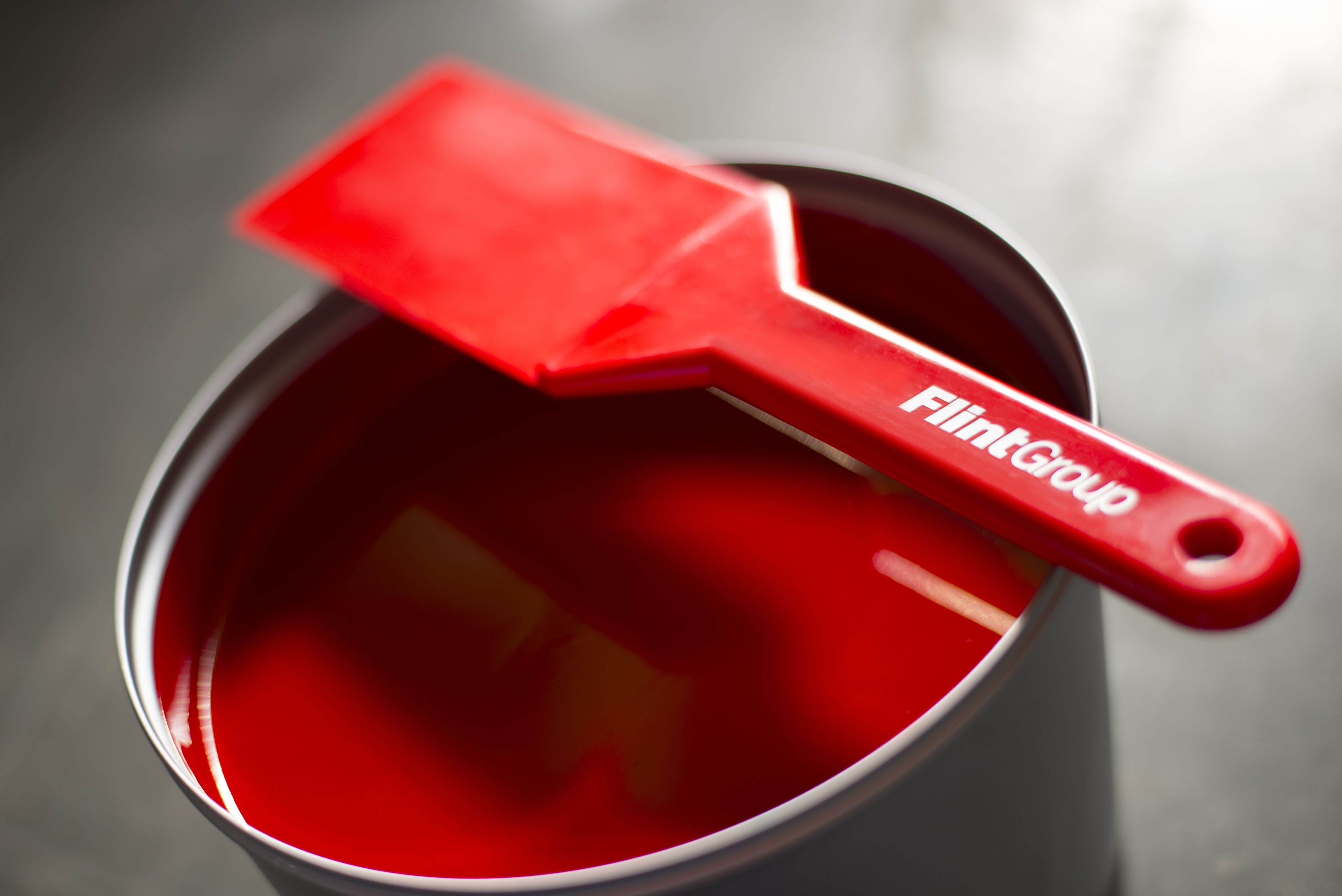 After a relative stable period, with crude and some other materials at stable supply / demand balance and low cost levels, many raw material costs have suddenly started to move up significantly.

Jan Paul van der Velde, Senior Vice President Procurement, IT and Regulatory of Flint Group explains:
“When in mid-December last year we looked at our raw material forecasts for 2017, we anticipated relatively small upward cost pressures. Now about 2 months later we look at a completely different picture. Since the Opec + 11 restriction on output of crude had a notable impact, we have seen many other raw material costs increase, even if not related directly to crude oil.”

·    Major increases during 2016 on costs of chemical building blocks, have driven up costs of intermediates and raw materials used in the manufacture of inks and other graphic arts materials

Flint Group just published a new Raw Material Update to explain raw material trends since January 2016 and the company’s expectations for the remainder of the year. It starts with the statement “The world is not becoming easier”.

Jan Paul: “Over the last few years the geo-political situation has started to change, including shifting from attempts to reduce trade barriers to some countries talking about increasing trade barriers. The recent political changes in the US and UK are also causing further uncertainty. Uncertainty is not good for cost developments.

Currencies have been extremely volatile, making it hard to make longer term sourcing decisions as  manufacturers continually change the regions they will sell to, resulting in demand – supply challenges on some (base) materials around the world.

“Next to the significantly higher average crude price versus 2016, we also see that the major building blocks in the chemical industry, the so called BTX complex and Styrene, have gone up. Further, the number of Force Majeure notices seem to have risen significantly, leaving some major areas in supply / demand shortages. All of these issues have caused double-digit cost increases that have produced higher prices downstream.

“In addition, the stronger enforcement of the existing environmental rules in China, specifically relative to air pollution, have resulted in production limitations or even full shutdowns of various industrial parks. This has caused major supply shortages for base raw materials required to make ink raw materials.

“Moreover, the ink industry is confronted with a global shortage of sulphate-based TiO2 due to the fire at Huntsman’s Finland facility.

“The impacts of these raw material trends on Flint Group’s different business segments is quite different.”
Jan Paul continues: “It is fair to say that all business segments are impacted by the sudden raw material challenges. We see increased costs on raw materials used in offset, flexographic, and gravure inks, pressroom chemicals, flexographic plates, and printing blankets. The supply tightness and cost increases affect a wide variety of key materials, though we can summarise it by looking at a few areas.

“We have seen increasing challenges in availability of pigment intermediates, which drives costing on all three primary colours. The domino effect reaches all inks we manufacture, but predominantly our Print Media offset inks, driven by the shortages in the raw material supply chain mentioned earlier.

“A good example is the production of MX. This product is produced only in China and Japan. Recently, the Chinese supplier had to fully stop its production due to the air pollution control measures of the Chinese government. Not only did the cost of MX rise quickly, but, even more important, the decreased supply led to AAMX suppliers’ inability to get the feedstock needed to manufacture their product. We expect that this will soon start to affect production of some yellow pigments. Also hindering yellow pigment production is a short supply of diketene due to factory explosion in China.

“Naphthalene supply (all from China) is tight due to environmental action (potential waste water issues), causing challenges for red pigment manufacturing. Last but not least, costs of copper and Phthalic anhydride, both key intermediates for blue pigments, have increased, causing increased costs to produce blue pigments. Name a colour and you see there are challenges. Cost is one, but in a number of cases, availability is even more of an issue.

“For oil-based inks (sheetfed, heatset and coldset) the key challenge is the increase in crude oil pricing, which has led to cost increases of key materials, including 10% on carbon black, 5% on hydrocarbon resins, and 20% on mineral oils since Q2 2016.

“It is hard to say where the trends will go from here, however most analysts believe that crude oil will continue to increase, which, if that is the case, could trigger further cost increases of key raw materials used by the printing ink industry.”

“Flint Group’s printing blanket business has been hit significantly by major cost increases in rubber chemicals. Butadiene, which is a key rubber ingredient for both the blanket business and also the flexographic plates business, has already tripled in cost since Q3 2016 and new cost increases have been announced this week. In addition, costs of another rubber chemicals, acrylonitrile, rose by almost 35%.

“Costs of many solvents have also increased, which affects the cost of manufacturing many pressroom chemicals and solvent-based inks. Hydrocarbon costs increased by 25%, and ethyl acetate (ETAC) costs started to increase earlier this year by double digits. Glycols, glycol esters, and isopropanol are on allocation, we have seen cost increases in the range of 4%, and we expect further cost increases in the future.

“Flint Group’s cost of manufacturing water-based packaging inks has been hit hard by the cost increases in styrene (35%) and acrylic acid (12%), two key ingredients used to make acrylic resin, which is the base for a water-based ink.”

Jan Paul continues: “Moreover, the fire at Huntsman’s major TiO2 factory in Finland, combined with the reduced output from China due to environmental / air pollution measures, has really caused a shortage in sulphate-based TiO2. TiO2 costs were already on an upward trajectory. Costs increased during 2016 by almost 25% and another 6% was recently announced, but the full impact of the fire will be realised in the next few months and is hard to estimate. Getting material is the key concern at the moment. We are working with our partner suppliers to ensure we can serve our customer base. Our suppliers have told us that the market as a whole is short by 30%.
“Last but not least, in the area of UV, the impact of the Chinese production limitations has resulted in cost increases between 8 and 10% for photoinitiators, monomers, and oligomers.

“With the world of chemicals being so dependent on a few players and also being dependent on China and India for a number of key raw materials and intermediates, the increased sea-freight rates are a concern as well.
“Since the middle of last year, sea-freight costs have consistently gone up. The bankruptcy of Hanjin Shipping, “the largest container shipping bankruptcy in history”, caused further pressures. Further we have seen the “transfer times” on shipments from India and China increase, and a number of routes cancelled or reduced in frequency. This is quite concerning from a supply chain point of view.”

Jan Paul concludes: “The raw material challenges are affecting all chemical consuming industries and will require careful management to ensure supply. While we cannot disassociate ourselves from raw material movements in terms of cost and availability, I’m confident that Flint Group will be in a good position to ensure supply to our customers at prices that are still competitive in this environment. The global sourcing ability of our company, the close cooperation with our key partners and very senior contacts with the key manufactures, puts Flint Group in a relatively good position. However, these challenges will not abate quickly. Flint Group will work closely with our suppliers and customers to plan for and mitigate the volatile raw material trends we face. 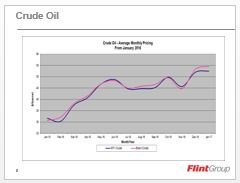