Pierre-Marie De Leener, joined Flint Group in January 2015 as Chairman and lead of the company’s Advisory Board. Pierre-Marie, a Belgium National has substantial board level experience at both private equity and public companies having previously worked for PPG Industries and SigmaKalon in the coatings, specialty materials and glass sector.

Steve Dryden joined Flint Group as Chief Financial Officer in June 2013 from DS Smith Plc, a UK listed international corrugated and plastics packaging business where he had held the position of Group Finance Director since 2008. Prior to this Steve was Finance Director at Filtrona PLC, where he had spent 9 years in various financial leadership roles.

He achieved his professional accountancy qualifications with Price Waterhouse and has a degree in chemical engineering from Leeds University in the UK.

Mr. Adhemur Pilar joined Flint Ink Latin America in 1999 as General Manager of the Brazilian operation. He was named Brazil´s Sales Director after the acquisition of CQIB in Nov 1999.

Mr. Pilar has a degree in Mechanical Engineering from the Mackenzie University, Sao Paulo and further specialised in Pulp and Paper Production at Oswaldo Cruz Chemical School. He was elected President of the Brazilian Printing Ink Association (ABITIN) during 3 consecutive terms from 2006 to 2012.

Benoit Chatelard was appointed President of the Digital Printing Solutions division and member of the Executive Management Team of Flint Group in May 2017. Benoit possesses solid experience within digital solutions, having been exposed to some of the most advanced IT and Printing projects in the world. Most recently, he was Vice President, Production Printing Business Group for Ricoh Europe.

Always involved in new markets and solutions development, Benoit has worked in France, South Africa, Austria, UK and Singapore where he set up the joint venture “Infoprint Solutions Company” between IBM and Ricoh for Asia Pacific. A graduate engineer in electronics, Benoit Chatelard studied at the EMLYON Business School where he earned his MBA.

Having previously served in the Royal Navy, Doug Aldred joined Lester Ink’s management programme in 1987, based in Toronto, Canada. Doug quickly progressed through various purchasing, production and supply chain management roles prior to the acquisition by Flint Group in 1994. In 1998, Doug relocated from Canada to the Netherlands to lead our Sheetfed business and in 2005 he assumed responsibility for the European Packaging business. From 2011, Doug successfully led Flint Group’s European & North American Packaging Inks and Global Narrow Web business - assuming global responsibility for the Packaging Inks business in 2017.

Doug’s comprehensive industry experience includes his serving on the North American Board of Directors of the Flexible Packaging Association and the EuPIA (European Printing Inks Association) Council. Today, Doug draws extensively from his over thirty years’ experience in general management and senior leadership roles across our Packaging, Sheetfed and Narrow Web businesses.

Emmanuel joins Flint Group with extensive adjacent industry experience having worked at AkzoNobel (and formerly ICI). Emmanuel was Director EMEA for Packaging Coatings with P&L accountability for a €280m business, employing 450 people across 5 manufacturing sites and latterly as Director NW Europe and European Key Accounts for Metal Coatings a €300m revenue business with 6 sites and 450 people. In both these roles Emmanuel demonstrated strategic clarity and commercial drive to lead a team which organically grew the business and expanded margins.

Michael Fien joined Flint Group via BASF in 2001 and was part of the creation and transformation of Flint Group. Michael held various finance leadership roles in Flint Group Packaging capturing regional and global business units, supporting and driving the operational business including major projects and M&A activities. Before, Michael worked as manufacturing plant controller in the automotive supply industry.
In addition to his CFO Packaging role Michael acts today as well as Vice President/General Manager for the Resins and Chips business.
Michael postgraduated as Master of Business Administration (MBA).

Michael came to Flint Group in 2016 as a result of the American Inks and Coatings acquisition. Michael served in various roles at American Inks and Coatings over fifteen years with the last being President. Prior to that he spent two years at Crews and Associates Investment Bankers as a Broker and five years in various roles with Progressive Inks. He holds a B.B.A. and M.B.A. from the University of Arkansas at Little Rock.

Jeremy Berenzweig was appointed General Counsel and Senior Vice President – Legal for Flint Group, in April 2015. Jeremy joined the organisation from Cummins Inc the Fortune 250, market leading engine and related technologies manufacturer where he latterly held the role of Deputy General Counsel - Business Units. Prior to that Jeremy was head of legal at Sports.com.

Jeremy qualified as a solicitor with the law firm Decherts LLP and is based at the Group’s office in Central London, UK. 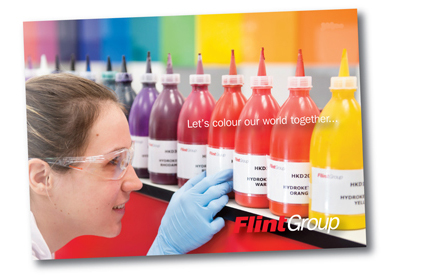 Interested in learning a little more about Flint Group?